The Ménerbes Patrimoine association was created on October 1, 1994 to help preserve and enhance the heritage of the village. Significant actions have been taken in this direction, including restoration work on the parish church of Saint-Luc and publications on the history of the village. However, after twenty years of activity, the association ran out of steam until a new dynamic allowed it to revive with the constitution of a Board of Directors and the launch of an ambitious program of 'activities during an Extraordinary General Meeting on December 8, 2015.

The other important transformation in the life of the association is the merger that took place on August 26, 2017 with Les Amis de Ménerbes, an association formed on May 30, 2015 with the objective of funding heritage and cultural projects in Ménerbes. Sharing the same passion for the history and cultural life of the village, the two associations have merged in order to bring together their material and financial resources to pursue a program of concrete actions around the heritage of the town.

Now, thanks to the extended support of its members and donors, Ménerbes Patrimoine is dedicated to the safeguard, restoration, enhancement and transmission to future generations of the architectural, cultural, artistic, religious and natural heritage in the territory of the town of Ménerbes. 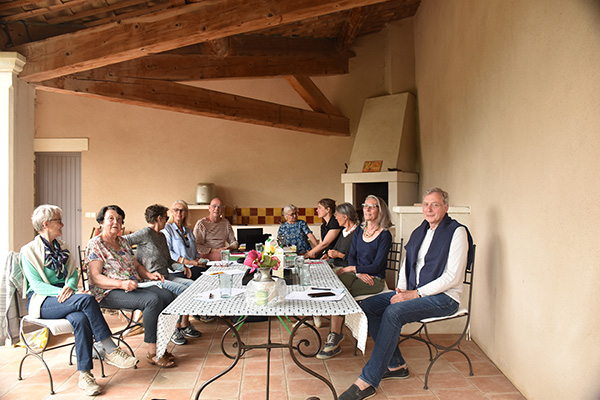